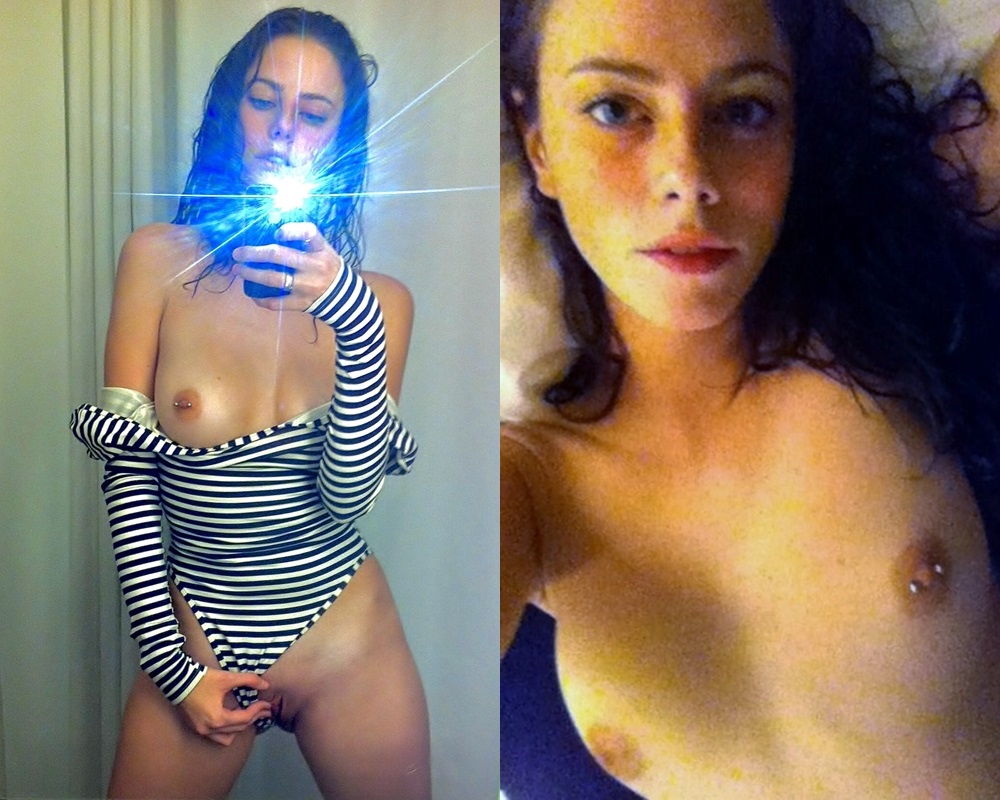 “Pirates of the Caribbean” and “Skins” star Kaya Scodelario appears to have finally released her uncensored nude selfie photos to the Web. *Updated with new pics.

Seeing Kaya Scodelario’s nude silky smooth sin slit and pierced tit topper has been a long time coming. For not only has various preview photos been teased online for a while now, but Kaya has had an extremely depraved career in heathen Hollywood playing various skanks and Jezebels.

Of course these nude photos can not hold a candle to the intense eroticism of Kaya’s terrified heaving bosom in the video clip above. In fact, there is no amount of nude pics that could ever top this gallows scene… Unless Kaya was photographed in an orange jumpsuit kneeling in a desert with a powerful Mujaheddin holding a scimitar standing behind her. For those topless pics would make my pious tunic snake rigid with righteous approval.